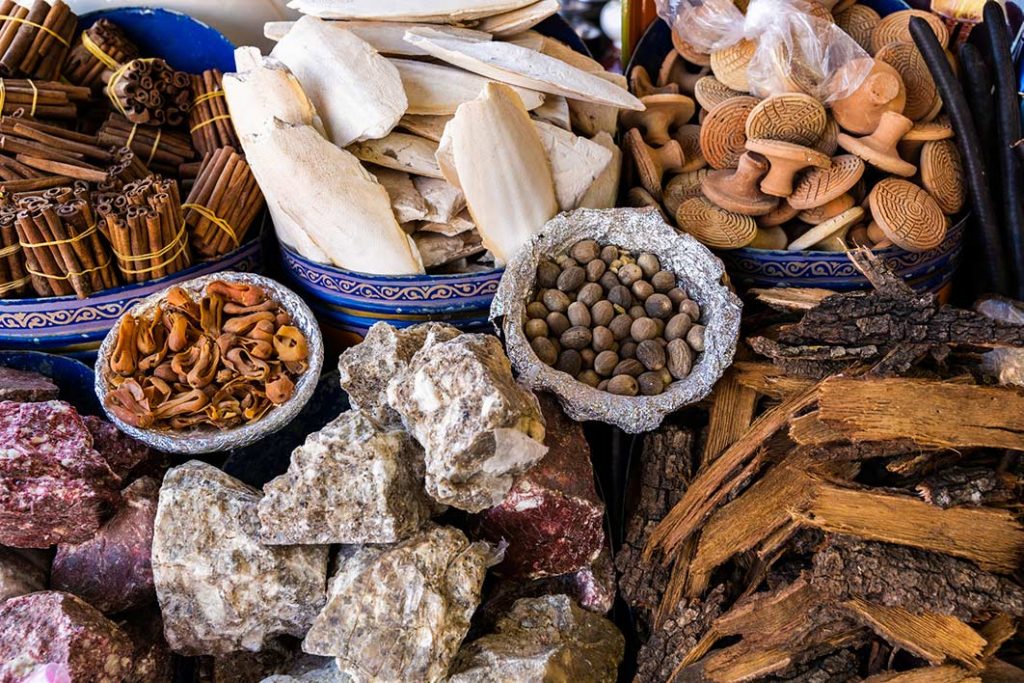 The Recognition of Traditional Medicine In Africa By Westerners

For many centuries, traditional medicine and traditional healers have been a fundamental element of African culture. Moreover, they are a significant part of the health system in the region.

However, for years, traditional healing and western medicine have been clashing.

According to an article published in 2011 about the challenges of traditional medicine in Africa, the introduction of western medicine in the continent created a disparate power relation between both.

The outcome is the overthrow of Western medicine and the stigmatization of the traditional health system. A study in South Africa with key community stakeholders, published in 2018, supports that perception.

It was found that traditional healers were concerned that they were not recognized as legitimate by the biomedical field and that Western doctors would not cross-refer to them. Traditional healers also pointed out how their services were stigmatized and portrayed in a negative way to the community by Westerns.

The discrediting of traditional healers by Westerners has roots in the colonialism era. At that time, European systems were introduced and traditional medicine started to be undermined, as seen in South Africa, for example.

According to Hassim et al. (2017), “a century of colonialism, cultural imperialism and apartheid in South Africa have held back the development of African traditional health care in general and medicines in particular.

Pre-existing African systems were stigmatized and marginalized. Indigenous knowledge systems were denied the chance to systematize and develop”.

In Africa, a continent with an estimative of more than 1 million new cases of cancers in 2018 and limited resources and access to cancer services, the integration of traditional and allopathic medicine is paramount to ensure that health care is accessible to the population.

An article in the Journal of the National Cancer Institute suggests that an integration of these medicines has the potential to help with early diagnosis of cancer, as well as aid in the improvement of treatment recommendations compliance and decrease in toxicities caused by the interactions between traditional and allopathic medicine.

One of the reasons is that traditional healers are more affordable and more likely to share the same language and beliefs with the patients. Abdullahi (2011) points out that traditional medicine is a way to keep cultural heritage preserved and respected, as it is deeply connected to the socio-cultural and environmental conditions of the African people.

Moreover, with training, traditional healers can be a powerful tool to educate the population on cancer prevention and how to identify symptoms to detect it early.

Traditional medicine’s power and potential started to be recognized by the WHO in the last decade.

In 2009, one of the resolutions of the World Health Assembly was to urge member states of WHO “to respect, preserve and widely communicate, as appropriate, the knowledge of traditional medicine, treatments and practices, appropriately based on the circumstances in each country, and on evidence of safety, efficacy and quality” as well as “consider, where appropriate, including traditional medicine into their national health systems”.

In 2013, the then WHO Director-General, Dr. Margaret Chan, declared that “traditional medicines, of proven quality, safety, and efficacy, contribute to the goal of ensuring that all people have access to care”.

Additionally, the organization developed and launched the WHO Traditional Medicine Strategy 2014–2023, with the objective of supporting countries in creating and implementing policies and action plans that will nourish the role of traditional medicine on people’s health.

Moreover, in 2019, the organization endorsed the Traditional Chinese Medicine (TCM) by adding, for the first time ever, a whole chapter about TCM in its highly influential document: International Classification of Diseases (ICD).

These actions prove the importance of understanding and recognizing traditional medicine as a significant health tool.