Home $ Wellness News $ DESPITE THE FALL, SHE CONTINUES TO RISE 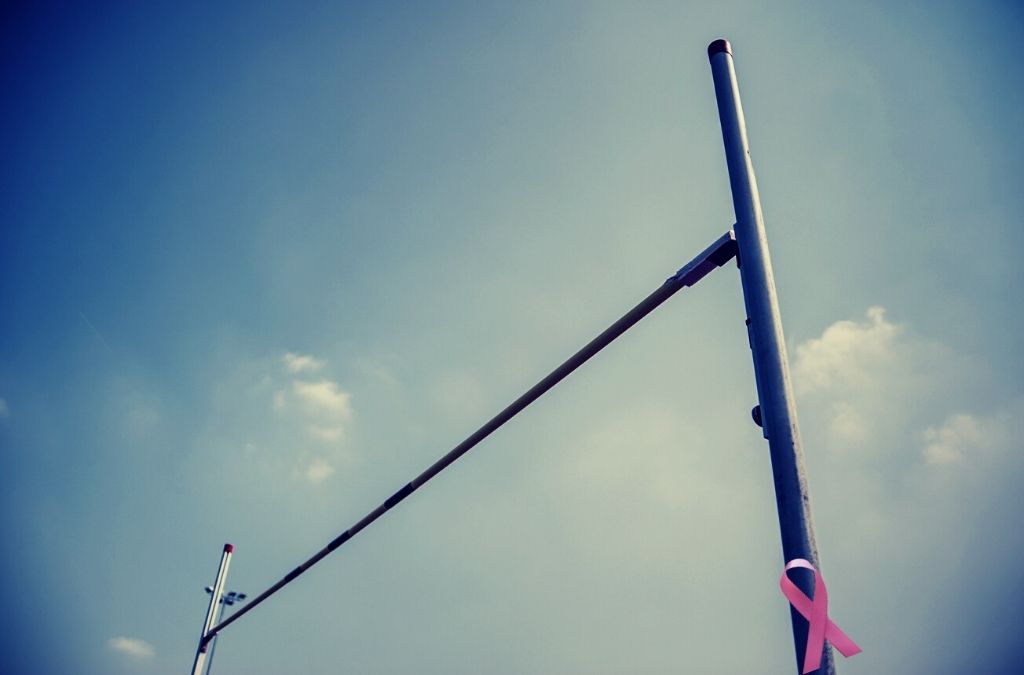 DESPITE THE FALL, SHE CONTINUES TO RISE

The Olympic Games serve as a source of inspiration for many and provide the kind of uplifting entertainment needed during these trying times.

The world was looking forward to Tokyo 2020, but COVID-19 brought our anticipation to a halt.

Chaunté Lowe was one of the US athletes affected by the cancellation. She had been training harder than ever before, not only to earn another high-jump medal, but to overcome her battle with breast cancer.

When she first noticed the lump in her breast in 2018, it was inconceivable that a health-conscious athlete in her thirties could develop cancer. Lowe was doing everything right.

She stayed in communication with her doctor and continued to monitor herself. Unfortunately, the lump was growing and in June 2019 Chaunté Lowe was diagnosed with an aggressive form of breast cancer.

Sports Illustrated writer Pat Forde spoke with Lowe and presented her story in an article published right in the thick of the pandemic. The article highlights Lowe’s attitude towards her diagnosis and positive outlook on a future cancer-free.

Forde describes the mother of three as, “relentlessly optimistic” for her ability to grow from past experiences and develop a sense of resilience.

With her mother controlled by addiction and father incarcerated, Lowe grew up in an unstable home; having a role model as a child was hard to find.

However, under the care of her grandmother, an active member of her uncle’s church, Lowe learned to ground herself in faith. Her strong will and determination would emerge from that faith as she began to strive beyond circumstance.

Lowe’s talent in high-jump is expressed in Forde’s piece as a symbolic representation of her perspective on life: “She could rise—above troubles and off the ground.” Once she discovered her skill in high-jump, she set her sights on making the US Olympic team in 2004.

Lowe succeeded in achieving that goal and went on to make the team four more times after that, while embracing motherhood in between.

Learning about her breast cancer diagnosis ceased Lowe’s momentum, but only for a moment. She recalled to Forde, “My first thought was, ‘I’m going to leave my kids without a mother,” then in an instant noted in her response, “My second thought was, ‘There’s no way I’m leaving my kids without a mother.” Growing up with faith in God led her to have faith in herself, which is why making the Olympic team for the fifth time didn’t seem to be a far-fetched dream.

Forde delves into Lowe’s journey after a double-mastectomy and her ambition to make it to Tokyo 2020. Each day she aimed for personal best even if that meant taking a break to let her body heal.

Her recovery called for patience and postponing the Olympics this year offered her more time to focus on her training.

Lowe admits her fears in Forde’s article, both in recovery and as a now immunocompromised athlete. Nevertheless, acknowledging the fear she describes only added to her motivation.

Chaunté Lowe continues to persevere and look forward to making her mark on the field in Tokyo 2021.