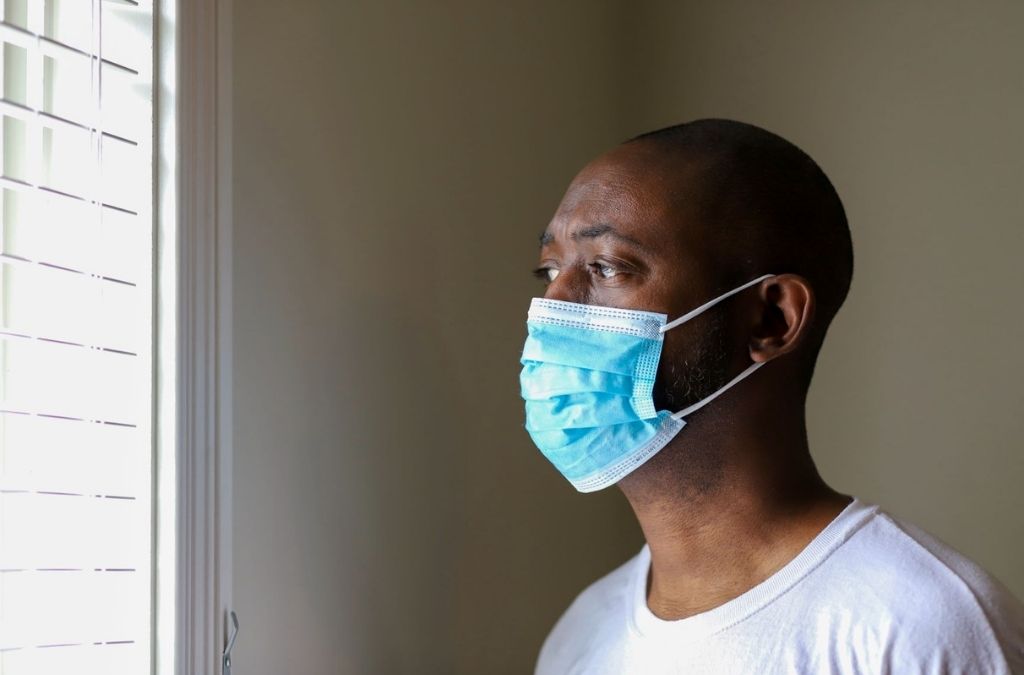 Black Men’s Mental Health is the Next Pandemic

In his article, “Black Men’s Mental Health is the Next Pandemic” published in Britain’s GQ Magazine, Alex Holmes describes the additional pressures black men endure as a result of racial inequity.

He stresses the importance of taking care of one’s mental health while outlining the systemic injustices that make it difficult for a black man to do so.

With COVID-19 reshaping healthcare and the global economy, a sense of normalcy has never felt more distant. Lack of social interaction and financial hardships have been damaging to our minds, especially since there seems to be no end in plain sight.

The stigma surrounding mental health continues to exist despite public awareness. Even as we grow more open to the idea of addressing mental health, there remains a great deal of encouragement needed before taking the first step towards healing.

Men are less likely to ask for help as they have been conditioned to accept the correlation between masculinity and strength. In addition, it becomes difficult for men to allow themselves to be vulnerable without breaking from societal norms.

As a black man, pressure to bottle up emotions is further enhanced by the inequality that continues to exist in Western society.

Holmes speaks to experts in mental health to highlight the crisis black men face as a result of inherent trauma, cultural stigma, and the inability to trust the healthcare system.

Psychiatrist Dr. Kwame McKenzie states that in Britain, black men and women are “heavily overrepresented in psychiatric hospitals,” and this could be the result of a shared sense of defeat.

It is 2020, yet a divide is still present between affluent communities and those of limited wealth. Many black communities are among the latter in a Eurocentric society who carry a sense of dominance over minority groups.

Whether direct or indirect, the divide is recognized and internalized by the black population.

Life as we knew it pre-pandemic allowed much of the public to remain distracted by routine. However, COVID-19 is shifting our perspective as we see who is being affected by the virus, who make up a great deal of our front-line workers, and who loses their life as a result of police brutality.

The black community sees themselves in this reality and find it harder to mask their emotions. As McKenzie has indicated, this is taking a toll on black men’s mental health.

Despite the need, mental health resources are underutilized by black men. The cultural stigma associated with addressing mental health, along with not being able to establish trust, are factors that deter black men from seeking help when needed.

An effort to increase representation in mental healthcare is required to provide support useful to minority groups. Counsellor Malcolm Phillips explains that “barriers of entry” for black men begin at an early age when men are told to keep “problems inside the family.” He then goes on to advocate the benefits of therapy that black men are unable to reap due to the “Eurocentric” framework of therapy in practice. Black men who seek therapy are often guarded and fail to make progress, because they are unable to relate to their healthcare providers.

Diversity in practice may allow patients to build connections with their doctors, and in turn benefit from therapy.

Increased representation in healthcare has the potential to reduce the stigma associated with mental health, as recognizable faces will start to represent what it means to seek help.

Through this change, there is an opportunity to redefine masculinity; honesty takes courage, which implies a display of strength.

Addressing mental health among black men must start with institutional change, where more qualified black psychiatrists are hired without prejudice.

The trauma felt within the black community in virtue of a shared history and identity, is a place in which black men may begin to establish a connection with their healthcare providers and regard each other as equals.