Home $ Stories $ The Legacy of the Black Cross Nurses 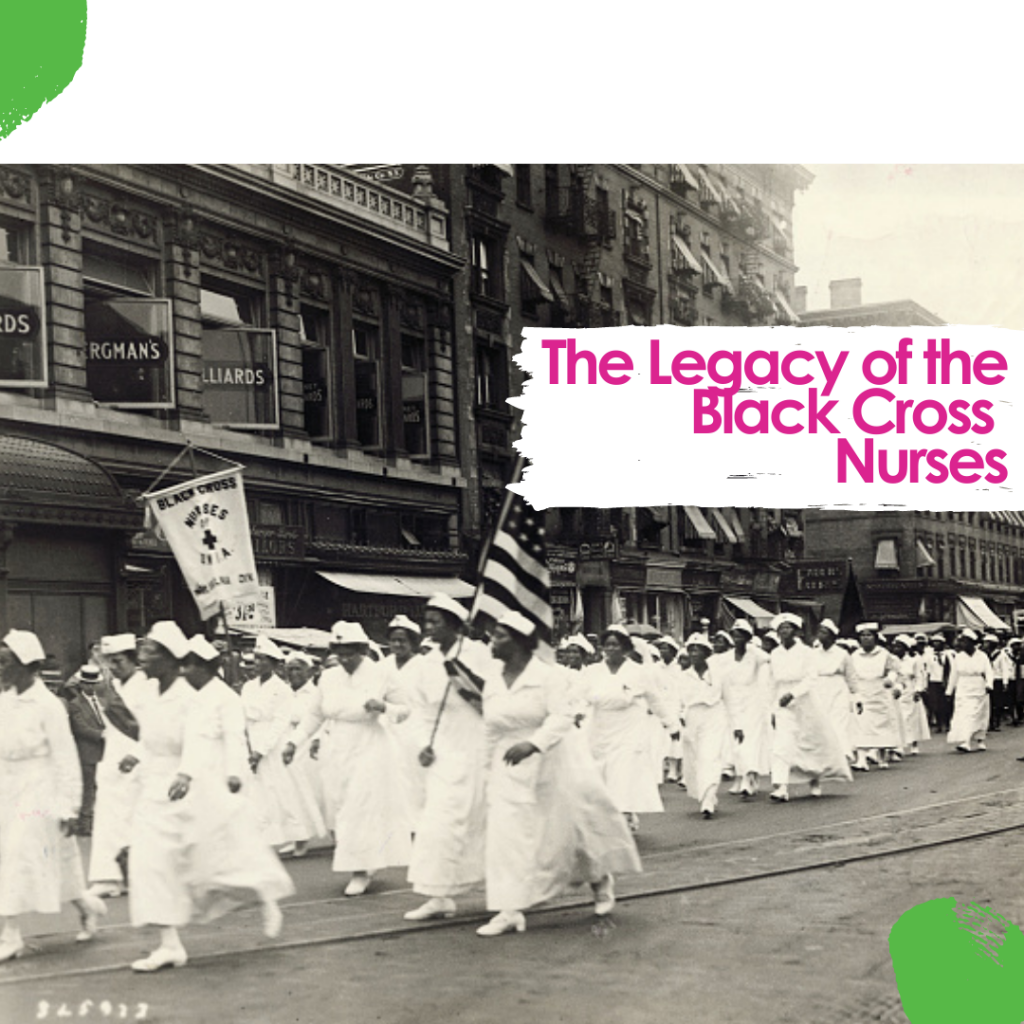 The Legacy of the Black Cross Nurses

In the spirit of Black History Month and our dedication to advancing health within our community, we’re highlighting a historic group of innovators, problem-solvers, community builders, and healers: the Black Cross Nurses.

Afro-Caribbean people have been collaborating to help each other for centuries, through churches, black-owned credit unions, tradespeople, and via this lesser-known institution to support community health.

An auxiliary branch of the Universal Negro Improvement Association (UNIA), the Black Cross Nurses (BCN) were developed in 1920 amidst the Spanish Flu pandemic. The program was a response to a community need for adequate health care and for opportunities to train and work in the health sector.

The UNIA, led by Marcus Garvey in the US, served to advance Black liberation and economic development. The black nationalist platform of the UNIA focused on unity, pride in African cultural heritage, and autonomy.

It was the largest movement in African American history, with millions of people involved in 700 branches in 38 states, including a reach in small towns and rural areas, and reach into Central American and the Caribbean.

His newspaper Negro World had a reach of 50,000-200,000 according to the National Humanities Center. Garvey bought an auditorium in Harlem, New York, which he named Liberty Hall and he used it for UNIA events and gatherings. Photos document chapter gatherings of the BCN outside Liberty Hall for parades and events.

The UNIA existed within a highly patriarchal society and did itself have a male-dominated leadership and structure. The BCN, apart from its community health endeavors, gave women an opportunity to join and a role as leaders in the movement.

Formation of the BCN

At the time, not only were Black people not being served equitably in healthcare facilities, but very few Black women were being accepted into nursing training programs. Even in the military, the entrance was restricted to most Black nurses because of specifications on their required training institutions.

Marcus Garvey came up with the idea for a community-based first aid organization to address both of these issues. It began in Philadelphia, Pennsylvania, with the first chapter led by Lady Henrietta Vinton Davis.

Lady Henrietta Vinton Davis had been an accomplished actress, having travelled across the US and the Caribbean to perform, before her involvement in the UNIA-ACL. She was a friend of Marcus Garvey and had worked previously as a teacher and an assistant to Fredrick Douglas.

In her time with UNIA-ACL, she served in senior leadership positions with the shipping company the Black Star Line as well as the Negro Factories Corporation.

Her acting experience helped her to be an effective communicator of UNIA-ACL messages. She was their first international organizer, establishing UNIA Divisions in Cuba, Guadeloupe, the Virgin Islands, Haiti, Trinidad and Tobago, and Jamaica

The BCN was highly localized, and modeled after the World War I nursing program of the Red Cross. Each chapter conducted training courses lasting up to a year, led by a matron, head nurse, secretary and treasurer. Trainees included both medical practitioners and laypeople.

The Juvenile Divisions of the UNIA also began preparing girls with training related to the BCN starting at age 13, and could serve in the BCN as early as age 16.

The BCN also served to engage women in leadership roles within UNIA-ACL, sometimes characterized as the women’s branch of the movement. The formalized structure within chapters also gave women opportunities to be recognized as leaders.

According to the UNIA-ACL, “In many ways, the Black Cross Nurses functioned as a social reform movement, while developing role models for young women.”

The BCN did far more than treat patients. They worked in community health, nutrition and hygiene education and prevention of disease. They also served the community through events and fundraisers, and supported the elderly and new mothers in their homes.

Chapters also formed choirs which regularly performed, and marched in parades. This public service and community engagement work was momentous for women at the time, whose roles may have otherwise been limited to domestic work.

Members of the BCN were highly recognizable, set apart from other nurses by their green and white uniforms adorned with the BCN logo: a black cross on a red circular background, with a green circle in the center.

Founders chose green as a symbol of renewal, and all members had to purchase and wear in the community. The strong choice of a distinct uniform seems to align well with the UNIA priorities of pride and unity.

However, they are most active in Belize, where their work, as they describe on social media, “includes Home Care Services, a Meals-on-Wheels program, activities for the shut-ins as well as outreach programs.”

Though not a consistent presence since the 1920s, modern-day BCN in Belize was created by church communities: “Resurrected by the efforts of the late Harold Flowers of the Wesley Methodist Church, he brought together a group of Belizean women including Nurses Grace Collymore and Yvonne Haylock to revive the BCNA in the early 80s.

Today, with a slight shift in focus, catering mainly to the elderly, the Black Cross Nurses Association is still vibrant and continues to provide this much-needed service within the community.” It is recognized as one of the oldest non-governmental organizations in Belize.

The Black Cross Nurses live on as a bright example of Black communities rising up to meet needs for our health and wellness, and for creating opportunities for leadership and social development through public service.

Community health organizations continue to play a critical role in bridging the gap and reaching people for more equitable health care. May we all lift up the legacy of BCN and reflect it in our work in our own communities!