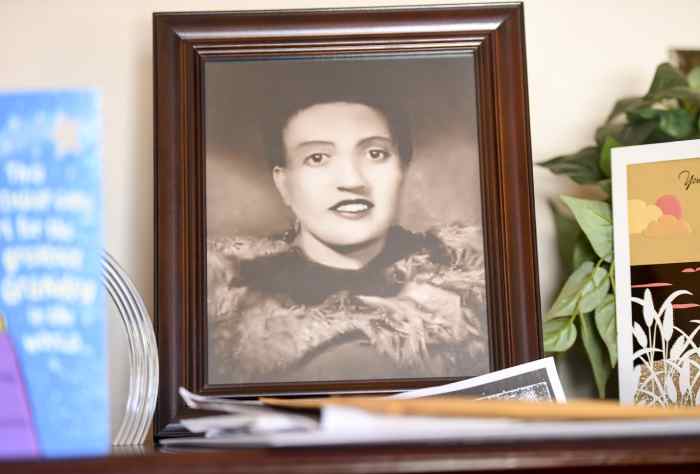 THE LEGACY OF HENRIETTA LACKS:

African Americans and other minority groups have been underrepresented in scientific research as well as clinical trials for cancer, which is why enacted government accountability is a step in a progressive direction.

While long overdue, this act memorializes the medical innovations made possible by Henrietta Lacks and the role she unknowingly played in cancer research.

Racialized populations in the United States have historically and without consent, been the subject of scientific experimentation, which might be a reason for their lack of participation in clinical trials today. In order to encourage participation, and in turn provide research that accounts for America’s diversity, researchers need to earn the trust of minority groups.

Henrietta Lacks was unaware of her impact on cancer research and this is because she was a black woman living during a time in which segregation between white and black Americans was Jim Crow state law.

Lacks was born in the Jim Crow state of Virginia and sought treatment for discomfort in her womb at Maryland’s world-renowned Johns Hopkins Hospital. After multiple tests, doctors concluded that Henrietta Lacks was experiencing the discomfort of cervical cancer.

Henrietta’s cells were abnormally multiplying at a rapid rate without dying, which led doctors to deem her cells ‘immortal.’  Scientists named these cells the HeLa cells and according to Cancer Health’s coverage of the new act, the HeLa cells provided “an inexhaustible store of microscopic guinea pigs for professors and scientists conducting research and developing treatments on every continent.”

Though cervical cancer claimed the life of Henrietta Lacks in 1951, her cells would go on to be studied to develop cures for diseases found around the world, including cancer.

Discovering the HeLa cells was an accomplishment for science, but Henrietta Lacks did not receive recognition or provide consent for the use of her cells. As a black woman living under laws of segregation and being treated by white doctors, black and white were to remain separate.

As a result, Henrietta and her family did not know about her contribution to science even as HeLa cells continued to be harvested for 70 years after her death.

Henrietta’s eldest son, Lawrence Lacks Sr. commented on the new legislation saying, “My mother’s HeLa cells were taken without her knowledge or consent.

Her contributions, once hidden, are now being rightfully honored for their global impact.” His endorsement further emphasizes the need to pass the Act in order to establish equitable care for all Americans and consider minority groups when drawing conclusions.

The story of Henrietta Lacks demonstrates the lack of value put on minority lives involved in science. With respect to cancer, the black experience is rarely presented, and the name Henrietta Lacks is often left out of immediate knowledge on the subject.

Research conducted during the years that followed Henrietta’s death as well as prior to the 1950s, may not have presented all of the possibilities in treatment for underrepresented minority groups.

Transparent data collection would provide an honest depiction of cancer and other diseases experienced among minority populations so that those who have been underrepresented in previous research data may be able to recognize how a particular diagnosis may affect them.

While it has taken a long time to develop such legislation, the passing of the Act indicates that progress in healthcare equity is being made. However, to have this Act signed in 2021, decades after Henrietta Lacks’ death, also shows that there is much work left to be done.