Cervical cancer is the cancer of the cervix – the lower and narrower part of the uterus that opens into the vagina. It is a slow-growing cancer that begins as an abnormal growth of cells of the cervix and can invade other parts of the body, including the vagina, bladder, liver, and lungs.

However, the slow growth of cervical cancer provides an opportunity for prevention, early detection, and treatment. It is often detected at a precancerous stage in young adults (20s – 30s).

Cancerous transformation is usually seen in women who are in their mid-50s.

How common is cervical cancer?

Cervical cancer is the fourth most common cancer among women worldwide.

An estimated 570,000 new cases of cervical cancer were seen globally in the year 2018, with 86 percent of these cases reported in the Caribbean, Latin America, Africa, and Asia. 90 percent of deaths from cervical cancer are reported
in low and middle-income countries.

A study conducted by The Caribbean Public Health Agency (CARPHA) showed that cervical cancer contributed up to 18.2 percent of cancer deaths in the Dutch and English-speaking countries of the Caribbean, such as Aruba, Curacao, St. Eustatius, Bahamas, Barbados, Cayman Islands, Jamaica, Montserrat, Puerto Rico, and Trinidad and Tobago.

According to CARPHA, nearly 50 percent of these cancer cases are preventable or treatable if diagnosed at an early stage.

A similar study conducted by CARPHA found that people in the Caribbean are 2-9 times more likely to die from cervical cancer compared to the US.

Research suggests this wide disparity is due to low socioeconomic status, lack of education, and poor access to cervical cancer screening in the Caribbean countries. 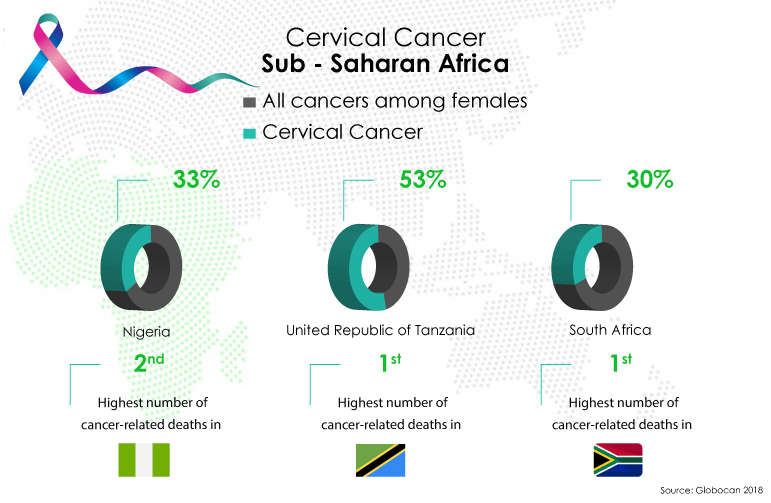 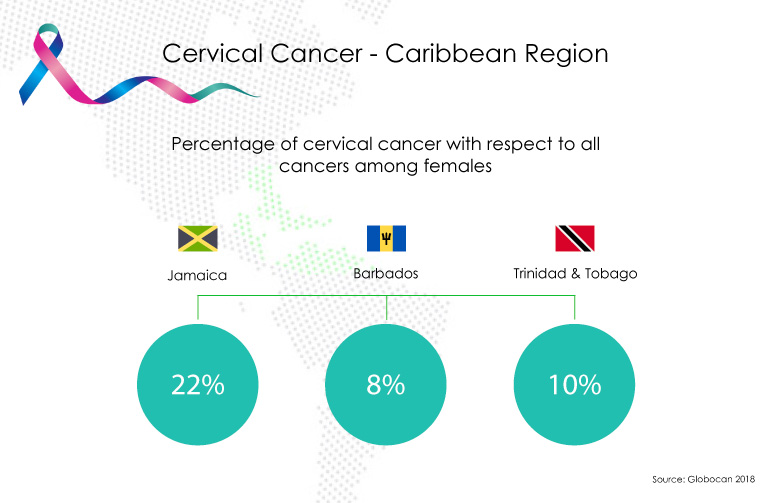 There are several known risk factors for cervical cancer: