WHAT IS BREAST CANCER?

Breast cancer results from the uncontrolled growth of cells in the breast. These cells (tumor cells) divide to form lumps that can sometimes be felt on physical examination.
In most cases, breast cancer affects women; however, it can also occur in men.

However, not all lumps in the breast are a sign of cancer. Sometimes, a lump is non-cancerous (benign) and will not spread to areas other than the breast. The presence of these lumps, however, increase the risk of breast cancer.

It is also possible to have breast cancer without feeling any lumps. This is usually the case during the early stages, which is why screening is necessary to examine and monitor any abnormal changes in the breast tissue.

There are several parts of the breast in which cancer can begin. Most breast cancers are ductal: they begin in the ducts that function to carry breast milk to the nipples.

Some cancers are lobular, meaning they start in the glands that produce milk. Other parts of the breast are less frequently the site of origin. When cancer begins in parts other than glands and ducts, it is called sarcoma or lymphoma, and do not have the typical characteristics of breast cancer.

If tumor cells invade areas of the body other than the breast, the cancer is characterized as malignant.

HOW COMMON IS BREAST CANCER?

Breast cancer accounts for about 1 in every 4 cases of cancer diagnosed in women worldwide and is the most common cancer among women.

Breast cancer is one of the leading causes of cancer-related deaths in the Caribbean, accounting for up to 30 percent of cancer deaths among Caribbean females (based on reports from the Caribbean Public Health Agency).

According to a breast cancer study conducted in six Caribbean countries, African-Caribbean women have an earlier onset of breast cancer in comparison to women of other ethnicities, with a mean age of 49.1.

Weight and genetic factors seem to play a role in the high incidence of breast cancer in the Afro Caribbean women. 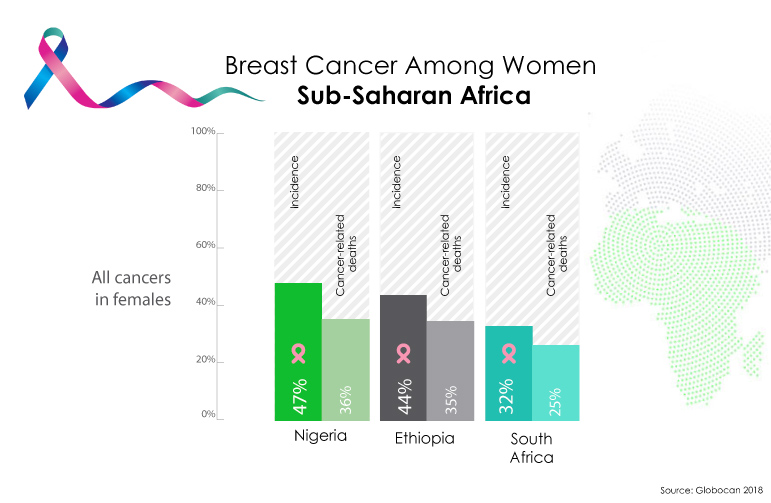 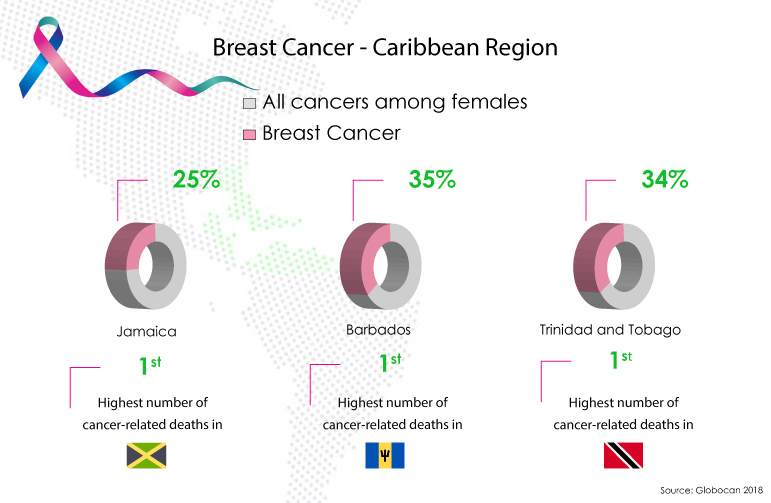